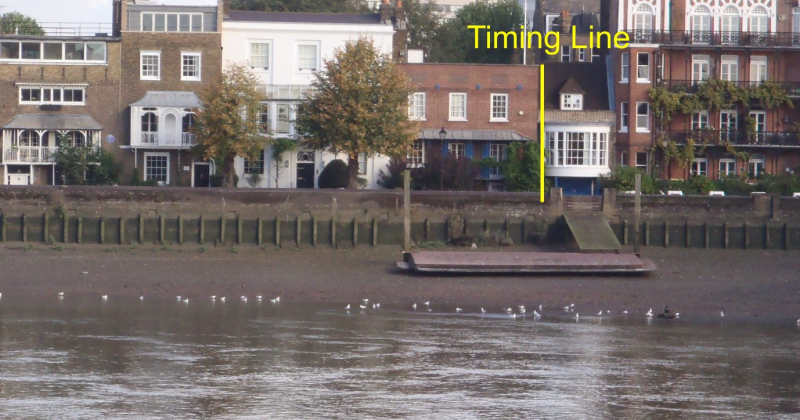 Following on from the Pairs Head in October the next weekend of major competition on the Tideway took place on November 3rd and 4th, the Fuller’s Head of the River Fours on the Saturday and the Veteran Fours Head on Sunday.

Both events are time trials for fours and quads and are raced over 6800 metres of the Championship course on the River Thames from Mortlake to Putney, although the course was shortened slightly this year due to tunnel works near Putney Pier.

The Head of the River Fours first took place in 1955, initially only for fours, and over a shorter distance, but, with various changes incorporated it has been raced each November since then. Sculls were introduced in 1973, women first competed in 1977, and Fuller Smith and Turner PLC began their sponsorship in 1979.

The Fuller’s Head is restricted to a maximum of 480 entries and offers Club, Academic, and School/Junior competition. Held since 2007 the Veterans’ event has a capacity of 260 crews and is for competitors over the age of 27 who are eligible for British Rowing Masters racing in age categories A to H. Unlike the Fuller’s Head it is also open to coxed quads, and in 2018, for the first time, double sculls were invited in an attempt to offer masters from smaller clubs the opportunity to race.

After DARC’s senior women’s squad sent two crews to the 2017 Fuller’s Head it was the turn of the men’s squad this year. The senior coxless quad of David Rutter, Nicholas Baird, Tom Richardson and Will Hamlyn raced in at times blustery conditions on Saturday in the Challenge division, finishing 14th out of 19 starters in their category in a time of 21.27.9s.

The overall winner was the Leander A Championship 4x- who completed the course in 18.26.3s.

Results by event and photos by Ben Rodford

As the club was preparing to celebrate Bonfire Night on Sunday Durham ARC was represented by Gill Prescott, racing for the second year in the Women’s Masters F composite coxless quad along with Eva Rankin of Loch Lomond, Jackie Darling of Barnes Bridge Ladies and Birgith Sims of Kingston RC. In calmer conditions the crew repeated their success of the previous year, completing the course in a time of 22.00.4s, defeating Tideway Scullers, Molesey and a Walbrook/Tideway Scullers composite to win their category, finishing 124th overall from a start position of 214.