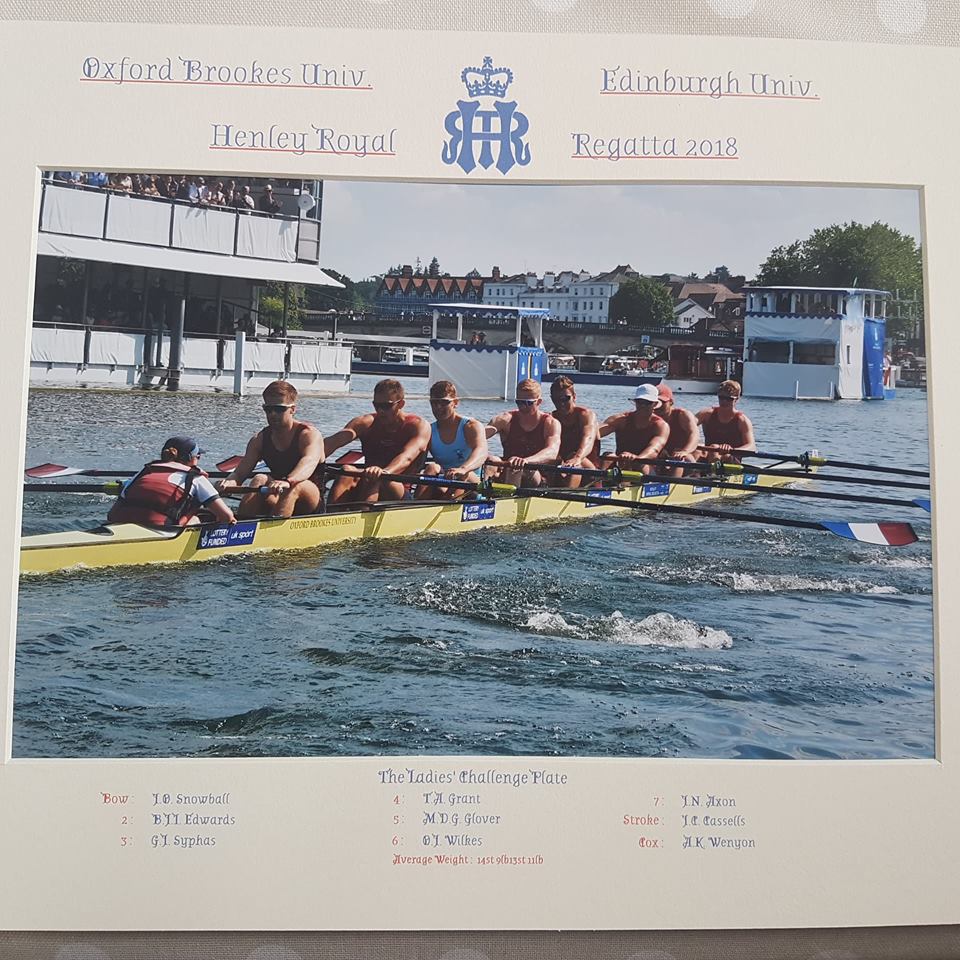 Former DARC junior James Snowball, now in his second year at Oxford Brookes University, followed up his success at BUCS last year by reaching the final of the Ladies’ Plate at Henley Royal Regatta in July.

James rowed at bow for the Oxford Brookes and Edinburgh University composite eight, beating Cantabrigian and Leander in the quarter-final and semi-final, before going down in the final against the Brookes first eight who retained the trophy for a seond year, setting a new course record in the process, the winners receiving their trophies from Olympic Gold Medallist and Oxford Brookes University Chancellor Katherine Grainger.

There is YouTube footage of the semi-final against Leander and of the Brookes v Brookes final.