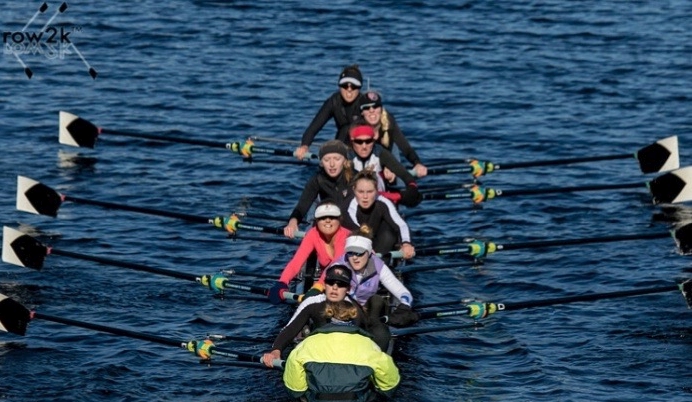 Former Durham ARC Junior Hope Cessford who took up a place at Harvard University in the USA this autumn was selected for the Radcliffe Crew Women’s varsity first eight to compete at the Foot of the Charles Regatta on November 11th 2017.

Raced this year in sub-zero temperatures the event is rowed over the same course as the Head of the Charles and marks the end of the autumn head season.

Radcliffe Crew is the rowing branch of the Harvard Department of Athletics, competing in varsity athletics at Harvard University, the women-only Radcliffe College having merged with the men-only Harvard College in 1976 continues to compete in its traditional black and white under the Radcliffe name.

The eight raced against opposition from other universities in Boston and was fastest of the 17 competing, finishing in 20.26.2, twenty two seconds ahead of Northwestern University.

The culmination of Hope’s time as a Junior at DARC, where she was coached by Gordon Beattie, was selection for the GB Women’s squad for the World Junior Championships in Lithuania in August, rowing in the coxless four that won the B final.