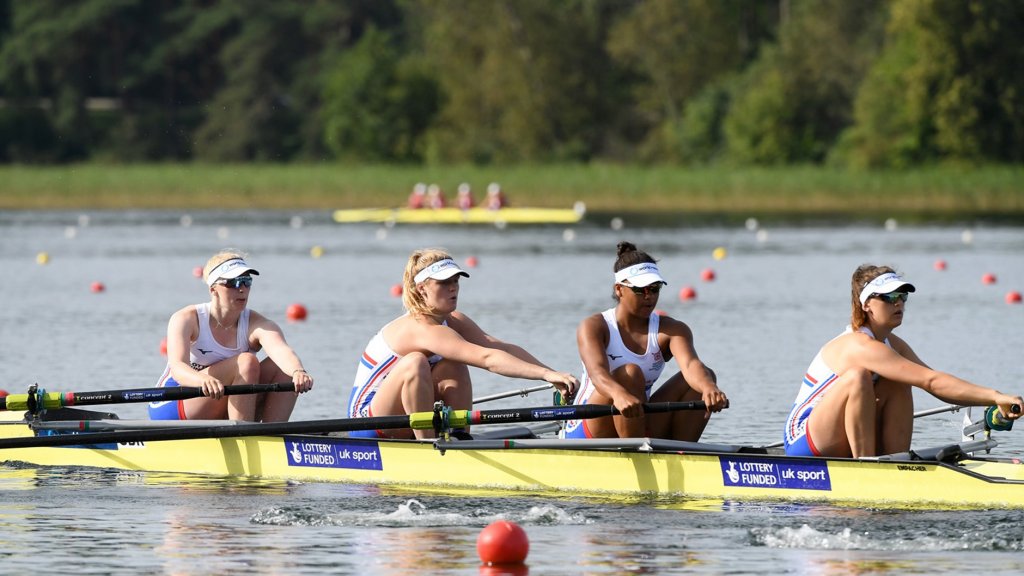 With 17 nations competing in their event the GB four finished second in heat 1 on Thursday August 3rd, behind the eventual champions Croatia, which qualified them automatically for the semi-finals on Saturday along with Romania, USA, China and Poland. Qualifiers from Thursdays heats were joined in the semi-finals by crews progressing from Friday’s repechage.

In the second of two semi-finals GB finished 4th behind China and USA, with New Zealand only edging them out by 0.6sec from the 3rd place that would have qualified them for the A final. This put GB into the B final which took place at 7.30am on Sunday 6th.

The GB four won the B final, completing the 2000 metre course in 7.15.38, beating Italy, Greece, France, Germany and the Netherlands, ranking them 7th in the world in the event.

Results of the B final and all finals.

It was a very successful championships for Great Britain, who finished 2nd in the medal table with two gold, one silver and one bronze medals, as described in British Rowing’s report.