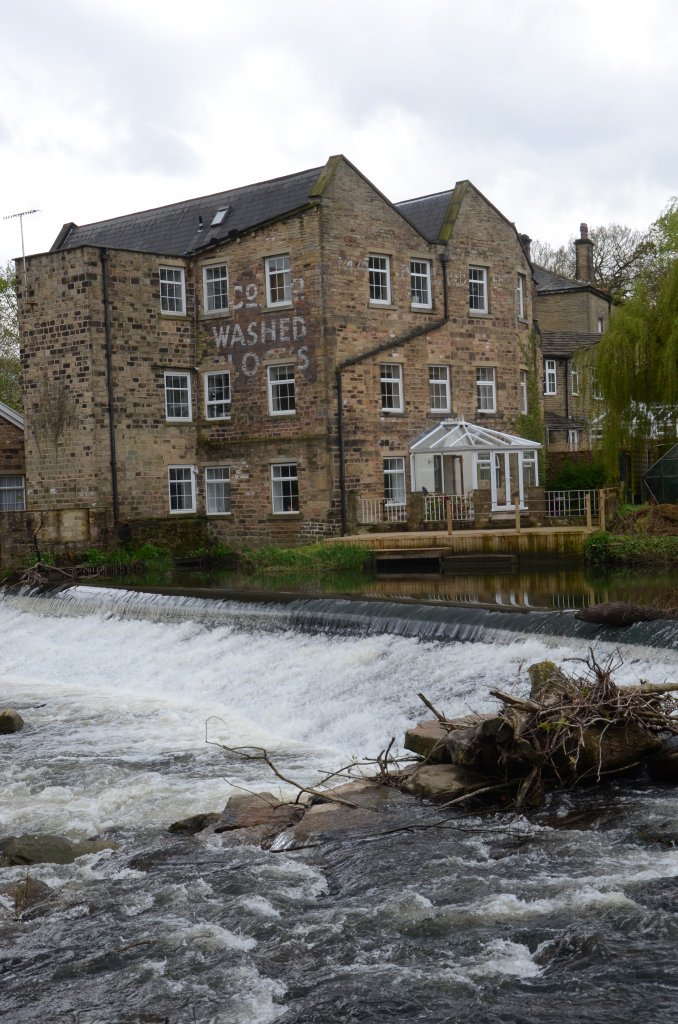 With Durham Small Boats Head fast approaching recent floods have meant very little rowing over the past month and the disappointing postponement of the popular New Year races. Now the river level has slowly returned to normal one of the biggest blockages we had seen at Elvet Bridge was finally removed thanks to the Environment Agency on January 19th, enabling crews to pass through its arches for the first time since November. Preparations for the Head over the 1800 metre long course can finally resume in earnest. This year’s Head takes place on February 6th. Entries remain open until January 27th or until the capacity of 400 is reached.

Recent developments have brought home how reliant we are on ancient structures and engineering. The bridge is scheduled for structural inspection by County Council engineers to check for damage as a result of the floods. A greater fear is strain on the weir, on which all boating on the Wear depends. This was brought home with dramatic effect by news of the breach and subsequent collapse of Hirst Weir (pictured above) on the River Aire at Bradford on January 15th. With the cost of repair estimated at £85,000 Bradford Rowing Club, along with the University of Bradford and Bradford Grammar School effectively have no rowing due to insufficient depth of water. 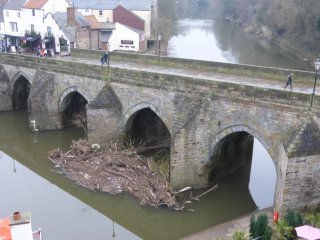 Here in Durham we are very mindful of Bradford’s plight as Durham Amateur Rowing Club, together with Durham University’s 14 college boat clubs and 3 schools are dependent on the weir on our river which enables rowing to flourish. Without it the river would be too shallow for navigation and the annual Durham Regatta would be unable to take place. The rowing community is therefore offering financial support.

“The recent floods have caused severe disruption to rowing in the north of England. Here in Durham, receding water has allowed us to venture on the water again, albeit with restrictions until flood debris has been cleared from Elvet Bridge. In Bradford, they have not been so lucky.

The stretch of the river Aire in Bradford used by rowers has been created by an old mill dam. This dam is quite ancient and the mill has long been out of use. In recent years there has been increasing evidence of damage to it. There has been no owner of the weir so Bradford rowers have formed a company to repair & rebuild it. This company has been collecting the £85,000 needed for the work for several years. They are still c£25,000 short. Events have now overtaken them. The floods in recent weeks have caused the weir to collapse. The resultant drop in water level has made this stretch of the river unnavigable and there will be no rowing on the Aire in Bradford until the weir is repaired.

Bradford clubs need to raise £25,000 urgently. They are appealing for help. In response, Durham ARC is donating £1000 to Hirst Weir Ltd to be used to help make the river navigable. Durham Regatta has also agreed to make a £1000 donation from their funds. Individual club members contributed too. Hopefully repairs can be carried out soon and Bradford rowers will be able to get back out on their river!

The club & Durham Regatta hope to be able to hand over cheques at Durham Small Boats Head in two weeks’ time. In the meantime, if individual members wish to make further donations then Mark or Barry at the Club will collect them and offer monies to Bradford clubs at the same time.”

In addition there is a justgiving page  through which contributions towards the repair of the weir can be made. Like the weir in Durham the Bradford weir originally served the mill there, but following the sale of buildings responsibility for maintenance passed to the rowing club through Hirst Weir Ltd.

I know a little about this from my time at the Club. This weir must have been originally owned by the owners of Hirst Mill on the opposite side of the river. The mill had fallen derelict by the 1960’s and was redeveloped as houses and flats in the 1970’s. When I was at Bradford the Club was increasingly concerned about the state of the dam. The new owners of the houses converted from the mill would have nothing to do with it – a legal case decided that no one owned it! So the Club had to take it over and set up a Charity to own and maintain the dam. This charity, which is effectively the Club, will have to fix it.

In 2002 the Club and other river users benefitted from a Community Club Development Programme (CCDP) grant, a government initiative to support community based clubs. The funding provided essential restoration work to Hirst Weir, without which rowing on this stretch of water would no longer have been possible, and refurbishment and enlargement of the Ladies changing rooms which were not compliant with Sport England guidelines.

There has been a weir at Hirst Mill on the River Aire for more than 750 years. Whilst it no longer provides power for a mill it now provides a particularly picturesque length of slack water suitable for the sports of rowing, canoeing, fishing and recreational walking and cycling.

The weir is owned by Hirst Weir Limited (HWL) – a company limited by guarantee with charitable aims of maintaining the weir to support the sport of rowing and other recreational uses.

In the July 2012 floods the weir suffered significant damage and emergency repairs were carried out.

Bradford are regular supporters of regattas here in Durham and the club has enjoyed visits there, notably in recent years for the popular War of the Roses event.

We need to offer our support in time of need.