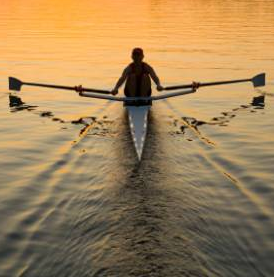 Secret sculler: So what’s this thing about “caring for boats”, Richard – sounds like you’re getting the Social Services involved.

Richard: Well you know what they say, Secret Sculler, a boat is for life, not just for Christmas.

Secret sculler: I thought you’d put a stop to the ‘boat wrecking’

Richard: Things have improved and members should give themselves a pat on the back.  There is still damage happening though, just not on the scale it has previously.  There have been a couple of unfortunate instances recently where a couple of boats have been damaged and it hasn’t been reported and nobody has owned up…disappointing.

Secret sculler: Have you considered having the perpetrators keel-hauled through the shallows, not only would it teach them a lesson, but it would protect the hull at the same time.

Richard: Thanks for the creative thinking, but I just want damage to be reported – accidents do happen – but we need to know about it. I hope someone will come forward and tell me what happened.

Secret sculler: Of course, that’s the least you can expect. There again isn’t a bit of damage inevitable with lots of clubs and boats on a very busy river. And there is money available for new boats. What happened to the 3000 quid we got for that warship “Liquid assets”?

Richard: We spent it on damaged boats!

Richard: I think you’ve been reading too many comics. Look, I like to think of damage to boats in terms of seats lost.  If there is an eight and a quad, damaged and away for repair, that’s 24 seats missing over the course of a weekend.  That’s potentially 24 people who can’t get out on the water at the weekend.  We’re already pressed for equipment and can’t afford to be down on seats.

Repairs aren’t free either, paying for a boat to be repaired takes money away from new equipment funds.  There has been a lot of very good fundraising recently and it seems a shame to use it only for fixing the equipment we already have.

Secret sculler: Alright Richard, you’ve made your point, but what can you do about it?

Richard: Here’s what we’re going to do, I’d like to appoint squad/section leaders.  One of the reasons for this is to have more people responsible and accountable for boat and equipment care.  I’d like them to ensure people are following these simple guidelines.

I’d also like to ensure that damage is reported.  Reporting it is simple enough, just email Bill Grant the boat warden and copy me into it.  Bill won’t bite your head off (unless he’s having a bad day!) but it needs to be reported as soon as is happens so it can be sorted.  Of course if the damage is caused by misuse or negligence…well…you might have a bad day when you report it to Bill.

1A final measure is that I’d like to put up a blackboard which can be updated with current dangers on the water.  Things like shallows, trees, blocked arches, shopping trolleys, can be highlighted here so that people are aware of what dangers are lurking out there.

Secret sculler: And will that solve it?

Richard: Not on it’s own. Every member needs to take responsibility it’ s also about judgement by coaches and members, if the water is too high or looks wild then don’t go out.  If it’s blowing a gale and you’re not comfortable in the wind don’t go out.  If in doubt ask somebody.

Secret Sculler: And now I hear there’s been another incident with damage to “Lasting impact”, you know what I say ..

Richard: Alright, Secret Sculler, I’ll get there before you with the cheap jokes, yes someone did indeed make a ‘lasting impact’ with a rigger bite, and it was unreported. Maybe, our next boat will be called, “Perfect responsibility”. Seriously, we’re determined to get on top of this, with a major campaign to improve the way we all look after our boats, so that we can spend the hard-earned profits from commercial activity and fundraising on new boats and equipment rather than on repairing our fleet. Watch this space.